Following the Grand Opening of Delwest’s Park Hill Station development at 40th and Colorado Boulevard, we were featured on CBS 4’s local broadcast as part of a story on affordable housing in the Denver metro area.

“There are new affordable housing units near the new commuter rail line in Denver,” said CBS 4 anchor Jim Benemann in the April 21 broadcast. “That’s on the new line out to DIA.”

The report included scenes from the Grand Opening as well as the Park Hill Station exteriors, and mentioned the fact, from Denver Mayor Michael Hancock, that the city is ahead of schedule on its plan to provide 3,000 units of new affordable housing to the market in the next five years.

ALL RIGHTS RESERVED, DELWEST © 2020 MADE IN COLORADO 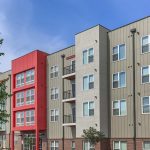 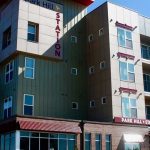